The Camera Nazionale della Moda Italiana (The National Chamber for Italian Fashion) is the non profit making Association which disciplines, co-ordinates and promotes the development of Italian Fashion.

The Association represents all the highest cultural values of Italian Fashion. It aims to protect, co-ordinate and strengthen its image, both in Italy and abroad.

In accordance with the statutory provisions, the Association is the point of reference, as well as the preferential mouthpiece, for all the national and international initiatives aimed at valuing and promoting Italian style, customs and Fashion.

Right from the year of its foundation, in 1958, the Association has pursued a policy of organisational support aimed at the knowledge, promotion and development of Fashion through events with a highly intellectual image in Italy and abroad.

Recent agreements over international calendars, which have led to the signing of the Italian-French agreement, have given Milan and the Camera Nazionale della Moda Italiana the role of undisputed protagonist on the international fashion scene, thus also contributing to the consolidation of alliances with London and New York.

The Franco-Italian Protocol signed in Paris on 26th June 2000 is founded on the strong will by Camera Nazionale della Moda Italiana and Fédération Française du prêt-à-porter Féminin to implement a common policy aimed at developing and circulating luxury products in non-European areas.

On January 17th 2005, this agreement has been reconfirmed in Milan with the signature of a new protocol, in presence of the French Minister of foreign trade, On. François Loos and of the Vice-Minister, On.Adolfo Urso, countersigned by the President of Lombardy Region, On.Roberto Formigoni, with the integration of new initiatives particularly relevant, in order to manage the new scenery of the international trade, characterized by the increasing competition that will get worse and worse at the end of the Multifibre Worldwide Agreement.

Proprietors of the most important Haute Couture Establishments in Italy, including some private Establishments, which, in those days, played a crucial role in the promotion of this sector, were present at the Memorandum of Association: Maria Antonelli in Borrello, Roberto Cappucci, Princess Caracciolo Ginnetti, Alberto Fabiani, Giovanni Cesare Guidi, Germana Marucelli in Calza, Emilio Federico Schuberth, Simonetta Colonna Di Cesarò in Fabiani, Jole Veneziani, Francesco Borrello, Giovanni Battista Giorgini and the Lawyer, Pietro Parisio.

The Camera Sindacale della Moda Italiana was established as an apolitical, non profit making Association, for a length of 10 years, subject to extension. Its aims were protection, and the increase in value and discipline of the moral, artistic and economic interests of the professional activities carried out by the different categories of the numerous sectors involved with fashion, towards both the Public Institutions and the other national and foreign Associations. Besides this, the Camera Sindacale della Moda Italiana promoted the co-ordination, study and running of anything that could be useful to these associated categories, concerning individual and collective fashion shows, which were held either in Italy or abroad. Another undertaking was the gradual setting up of the following sectors of expertise: Establishments for the creation of Haute Couture for Women, Establishments for the creation of Haute Couture for Men, Establishments for the creation of Women's Sports' Clothing, Haute Couture (female and male), Furriers, Milliners, and Craftsmen making Fashion Accessories.

The Articles of Association were drawn up, and comprised thirty five articles, which regulated the Association and its parts: the Meeting, the Executive Board, the Executive Committee, the Presidency and the Audit Committee. The first President was Giovanni Battista Giorgini.

In the first few months of 1962, however, an organisation called the "Camera Nazionale della Moda Italiana" was created by the Centro Romano Alta Moda (The Centre for Haute Couture in Rome), and reflected more or less, in its aims and structure, the Association devised by Giorgini. Fashion Centres, Institutions and Chambers of Commerce were invited to the memorandum of association, with the intention of immediately conferring an official character on the Association and offering the sector the rapid, unanimous and united adhesion of all the parties who were involved in Italian fashion at that time.

The main function of the Camera Nazionale delle Moda Italiana was to be the self-regulatory body to which all the Fashion Houses adhered spontaneously. The fragmentary nature of the different organisations that existed in those days, would find a measure of co-ordination in this way.

From 29th September 1962, due to resolutions passed in an extraordinary Meeting, the aims, purposes and structure of the Association were changed, so that as a private, apolitical organisation giving no support to any political party, it began to operate actively in the Fashion sector. Its aim, as it still is today, was to "represent the highest values of Italian fashion, and to protect, co-ordinate and strengthen the image of Italian fashion in Italy and abroad, as well as the technical, artistic and economic interests of its Associates". 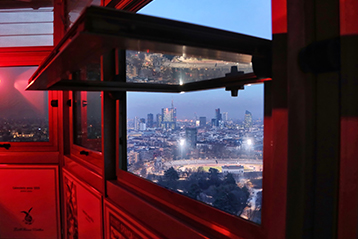 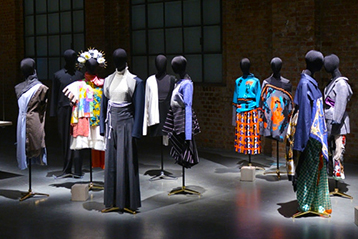 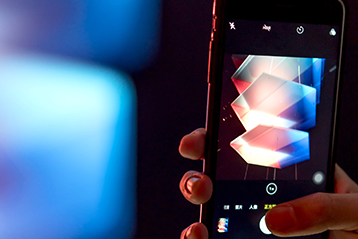 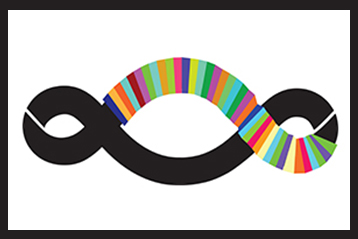 Camera Nazionale della Moda Italiana staged numerous projects and initiatives aimed at providing a narrative for the valorization of italian fashion, of its traditions and its innovative gaze to the future. The storytelling process pursued by CNMI is therefore expressed largely through the events dedicated to collections of women’s and men’s prêt-à-porter apparel. Of fundamental importance here is the attention paid to hospitality and internationality: key values in the promotional activities of the Italian fashion system.

Camera Nazionale della Moda Italiana appreciates the value of young talents, both Italian and international, and actively works to train a new generation of stylists and to support their inclusion within the fashion system.
Three different roundtables, headed and coordinated by CNMI, are active in the development of events and projects: the training roundtable, dedicated to Milano Moda Graduate; the independent brand roundtable, dedicated to a reflection and ongoing analysis of the international panorama of new talents in the field of the Fashion Weeks and the other main events; the roundtable on human resources and training, set up in November 2017, with the aim of pooling the needs and requests of fashion companies in the training field. The path undertaken by CNMI on this front foresees four separate stages.

Camera Nazionale della Moda Italiana continued on a path of digital culture promotion and strengthening of its digital communication activities, as a key storytelling tool.
CNMI’s website is the main channel for communicating the association and reporting real time on all of the events that take place during the year.
It regularly organises digital workshops, collaborations with social media influencers and graphic designers, media partnerships as well as the creation of web series and fashion films dedicated to the Fashion Weeks.

Camera Nazionale della Moda Italiana is the world leader among fashion chambers on matters of sustainability, with no less than eight years of activity on the issue to its name. The challenge that CNMI poses itself is to rethink the future of the planet and of fashion, since the main global luxury brands manufacture in Italy and use leathers and fabrics largely produced and worked on the Italian territory. The start of activities on the theme of sustainability dates back to 2012 and the publication of the ‘sustainability manifesto for italian fashion’, a document that sums up the ten principles that CNMI sets out both to follow and to promote. 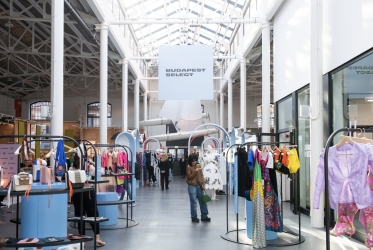 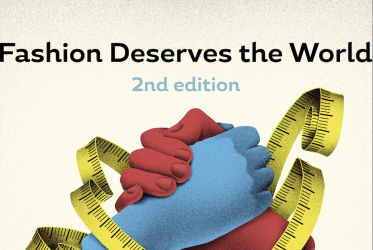 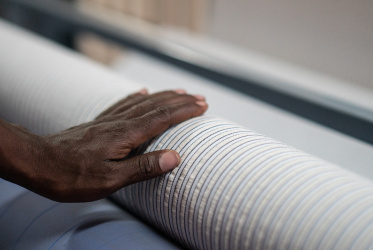 A NEW ERA OF DUE DILIGENCE, PERFORMANCE MONITORING AND CORPORATE SUSTAINABILITY REPORTING 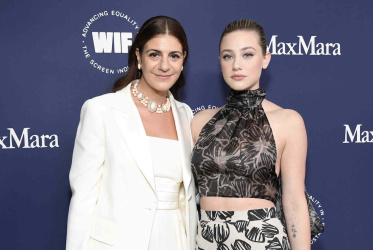 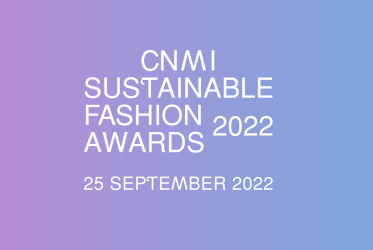 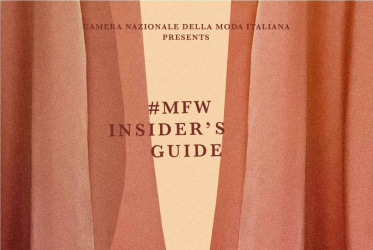 Download here the Insider's Guide to discover all the events and the projects ... 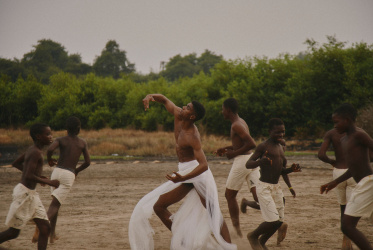 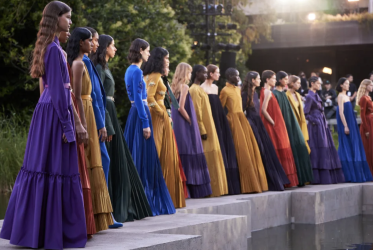 The Max Mara Resort 2023 fashion show took place on Tuesday 28 June against the ...